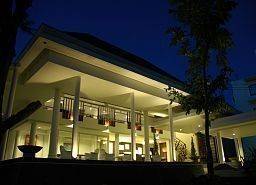 Staying at the hotel Al’s Laemson is an experience that should not be missed by any traveller. Offering all modern comforts, the rooms are tastefully furnished and make your stay a relaxing one. In the inviting ambience of the restaurant, guests savour breakfast, lunch and dinner. For your relaxation, the swimming pool and the hotel’s private beach are just the job.

At weekends
Not occupied

The hotel is located on the northern coast of Chaweng Beach with Ko Samui Airport being reachable in less than 3 kilometres. Do you like golf? Then, you may enjoy yourself on one of the nearby golfing courses.