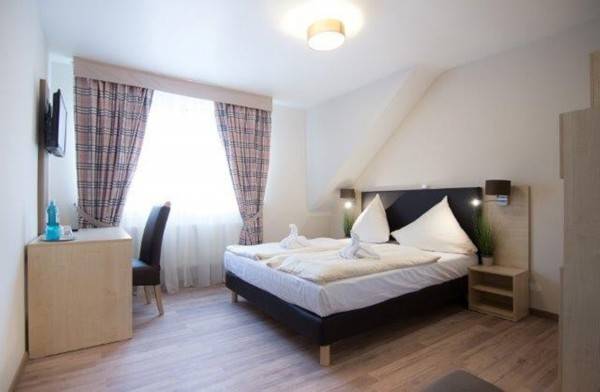 Baum´s Rhine Hotel is located in the Middle Rhine Valley as a part of Boppard.The location of our 3-star superior House guarantees short distances to all important sightseeing and hiking destinations.

The following credit cards are accepted by BAUM´S Rheinhotel:

Located close to the park and an entry to many award-winning hiking trails. The famous Loreley rock is only 12 km away. In Boppard you can experience true Roman history.

73% of the HRS guests recommend this hotel
Friendliness of the staff
How willing were staff to help?
Atmosphere at the hotel
Room configuration
Cleanliness
Sanitary equipment
Size of room
The quality of breakfast
Restaurant quality
Value for money
Sleep comfort