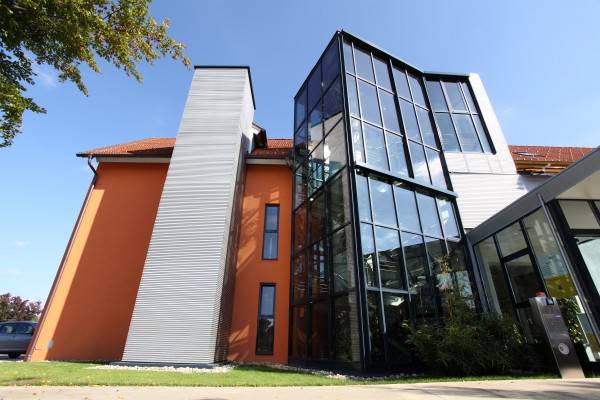 Spend an active holiday at this bed & breakfast hotel and enjoy the wellness program which includes a seawater pool as well as a sauna. Rest well in modern furnished accommodations, which are characterised by clear lines and primary colours, and savour strengthening treats in the morning. In-room Wi-Fi is available for free.

The following credit cards are accepted by Colora Hotel Garni:

In Austria’s south-eastern region of Styria, you can find Bad Radkersburg along with its inviting Hotel Garni Colora. At this spa town, you can enjoy various thermal baths and start some cycling excursions along the popular long-distance track Murradweg which runs through the Mur Valley. Graz can be reached after a drive of 70 kilometres.

75% of the HRS guests recommend this hotel
Friendliness of the staff
How willing were staff to help?
Atmosphere at the hotel
Room configuration
Cleanliness
Sanitary equipment
Size of room
The quality of breakfast
Restaurant quality
Value for money
Sleep comfort