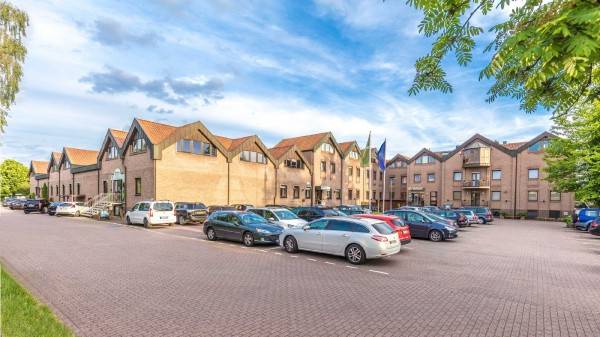 The following credit cards are accepted by De Poort Sporthotel:

The De Poort Sport- und Tagungshotel is conveniently situated in the heart of Goch. The hotel is the ideal starting point for adventures biking tours along the river Rhine. Rheinberg trade fair complex can be reached within 20 minutes by car.

83% of the HRS guests recommend this hotel
Friendliness of the staff
How willing were staff to help?
Atmosphere at the hotel
Room configuration
Cleanliness
Sanitary equipment
Size of room
The quality of breakfast
Restaurant quality
Value for money
Sleep comfort