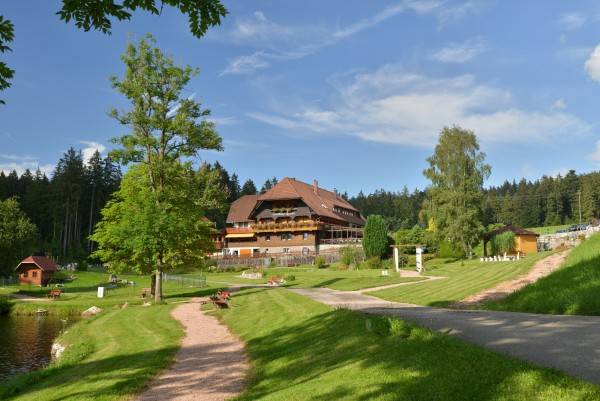 Guests looking for a quiet and peaceful getaway will delight in the serene atmosphere of family-run hotel Landhaus Lauble near Hornberg. Well-appointed, modern and elegantly furnished rooms, including a free Wi-Fi access, help guests to relax. Scrumptious traditional dishes prepared with regional ingredients and a modern twist are served in the restaurant of Landhaus Lauble. HRS guests use the luxuriant wellness facilities free of charge.

The following credit cards are accepted by Hotel Lauble Landhaus:

The serene location of Landhaus Lauble near Hornberg in the heart of the Black Forest allows guests to recharge their batteries. Stunning country vistas and untouched nature reserves perfect for various outdoor activities await the guests.