Star ratings are based on a self-evaluation by the hotel as well as the experiences of HRS and HRS customers. You can find details under Terms and Conditions and FAQs.

Parking directly by the hotel

Continued health and safety of hotel guests is of highest priority of HRS. Hotel partners displayed with an inspection label have installed enhanced protective measures in their establishments to mitigate the spread of COVID-19. 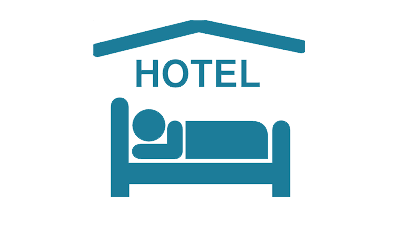 Parking directly by the hotel

Continued health and safety of hotel guests is of highest priority of HRS. Hotel partners displayed with an inspection label have installed enhanced protective measures in their establishments to mitigate the spread of COVID-19.

Liège - The City where Industry and the Arts are Unified

This Belgian city is situated on the River Meuse to the east of the country in its French-speaking Wallonia region. Liège is a fascinating destination as not only is it an industrial city, but it has an artistic culture. Longstanding industries including steel, arms, and aircraft engine production combine with music festivals, alternative cinema, and underground music. The comprehensive range of architectural styles is fascinating, and the city’s extensive history can be further explored via the numerous museums. Entertainment is plentiful and easy to find. Liège has the largest number of theatres per person in Europe, and it is well known for its marionette theatres. At the end of a busy day, visitors can relax by sampling some of the many local beers.

There are excellent transport links into Liège, making it easily accessible from France, Germany, and Holland. If flying, the nearest international airport is in Brussels, which is one hour away by train. Trains also connect the city with Paris, Cologne, and Frankfurt. Liège lies at the centre of a major motorway network, so visitors can travel by road from Luxembourg, the Netherlands, France, and Germany.

Liège is renowned for its strong economy, and in the past, it was an important centre of European industry. During the nineteenth century, the city’s iron and steel-making industries were extensively developed, and steel production is still a strong sector in the modern economy. Newer industries include aircraft and spacecraft engine manufacture, technology, beer production, and chocolate production.

The city was the birthplace of Emperor Charlemagne or Charles the Great, who is best known for uniting the majority of Western Europe following the collapse of the Roman Empire. Writer Georges Simenon was also born in Liège, and he is most famous for his detective character, Jules Maigret. The city remains culturally vibrant, being home to the Royal Opera of Wallonia and the Liège Royal Philharmonic Orchestra. Folk festivals attract numerous visitors, as do the annual electro-rock festival and jazz festival.

The city boasts a wide range of architectural styles, including Medieval, Art Nouveau, Art Déco, and Victorian. At the heart of the city lie the Place Saint-Lambert and the Place du Marché, in which government buildings, cafés, and the Perron fountain can be found. There are various museums to peruse, and the most popular of these is the Aquarium, located in the Outremeuse island district. On Sundays, the ‘La Batte’ market is held along the riverside, and it is a great place to find local produce.